Peter chops down a tree with a chainsaw, leaving a young squirrel orphaned, which Chris and Stewie decide to raise together. Peter goes to Dr. Hartman and gets chiropractic therapy, making him taller. Depressed, he seeks Lois’ help and she is able to shrink him by verbally abusing him. Meanwhile, after Chris and Stewie’s squirrel recovers, they try to shoot a video of its first steps, only for Brian to snatch and maul it to death. After the funeral, Chris starts to pack the squirrel’s things away but this triggers an argument and blame game between him and Stewie. They end up going for counseling with Bruce, and work out most of their issues. At Christmas, Stewie retrieves the mail and finds a Christmas card that they had sent with their picture with the squirrel, causing him to break down in tears. 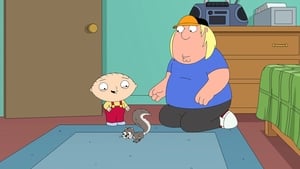 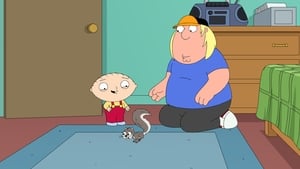