While spending a day on the beach with their children, Lois and Peter try to find a secluded spot to have sex, but keep getting interrupted by the children. At home, when Brian and the kids annoy them again, the two yell at them and do a cutaway joke simultaneously, causing them to be sent into the cutaway. They soon understand they have been teleported to an alternate universe where all the show’s cutaways reside and new ones are made, which Lois dubs “Cutawayland”. They also learn it takes two people to send them to Cutawayland and one person to move them around cutaways by creating one or mentioning a previous one. While Brian and the kids call Joe to find Peter and Lois, the two enjoy their time in Cutawayland, until the latter decides she wants to return to their family and persuades Peter to do the same. However, they instead cause the rest of the family to be teleported into Cutawayland as well. 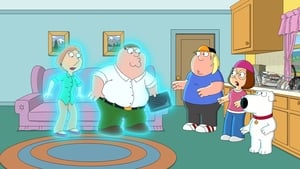 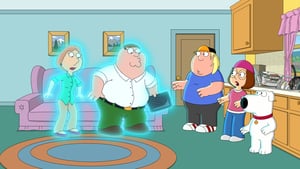