The Griffins attend Susie’s christening at an Italian restaurant, during which Joe asks Peter to be Susie’s godfather. Mistaking the term for the title used by the Mafia, Peter begins acting like a Don, and scares the restaurant staff, who give him everything he wants. He later recruits Joe, Quagmire, and Cleveland into his crew, and together they operate various rackets in Quahog, until running afoul of the real Mafia. Meanwhile, Chris, who has been sent by Peter to Italy, finds love and tries to start a new life, only for his wife to die in a car bombing after Peter tries to call Chris to tell him the Mafia might go after him separately. To take down the Mafia bosses, Joe devises a plan to have Peter wear a wire while attending a meeting with them in Quahog, but he blows his cover when the Dons suggest going out for karaoke. 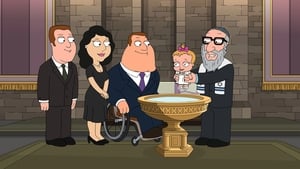 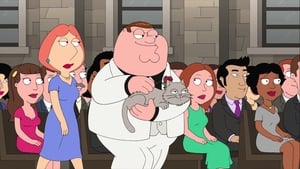