Unable to secure a date for a school dance, Meg instead hangs out at the bowling alley with her friend and shoe rental guy Bruce. They quickly build up a relationship, but Lois is concerned that Bruce, who has always been shown to be attracted to men, does not love her, and tries to convince Meg to break up with him. Under pressure from his parents, Bruce later proposes to Meg, who accepts. At Bruce and Meg’s wedding, Lois finally decides to accept their relationship, but Meg realizes Bruce is gay and that he is not happy, and encourages him to reveal his homosexuality to his parents. Bruce then proposes to his boyfriend Jeffrey, and the two get married by Peter after the priest refused to do so. 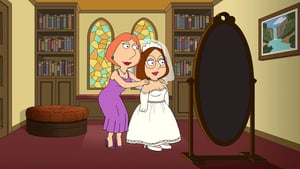 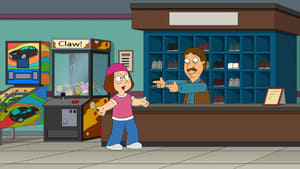