Peter retells the story of Star Wars in this hour-long episode of Family Guy. When Princess Leia is captured by the evil Darth Vader the droids C-3PO and R2-D2 escape to the planet Tatooine to find help from the Rebel Alliance. There they encounter Luke Skywalker, Han Solo, Chewbacca and Obi-Wan Kenobi who infiltrate the Death Star then rescue the captive princess from the Death Star and return to aid the Rebellion in its fight against the Galactic Empire. 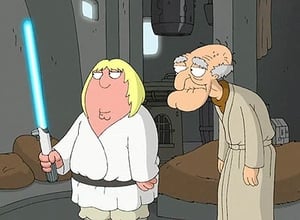 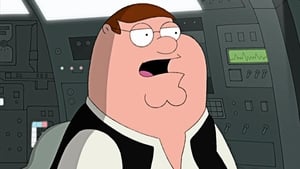